Expecting San Agustín to be a bit of tourist trap I was pleasantly surprised to find it wasn’t quite as I’d heard.  It is famous for its arqueological sites which are mainly burial mounds and statues. There was a casa de ciclistas but this is currently closed but I managed to find some decent camping at Gamcelat (400 metres from town on the road to the arqueological site).  Manuel lets cyclists camp there for $5000 pesos.  Some days I was the only person there (which I like). 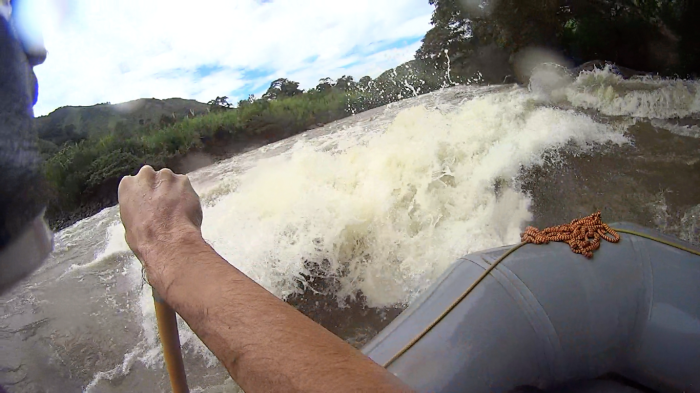 Rafting on the Rio Magdalena

Lots of this in San Agustín 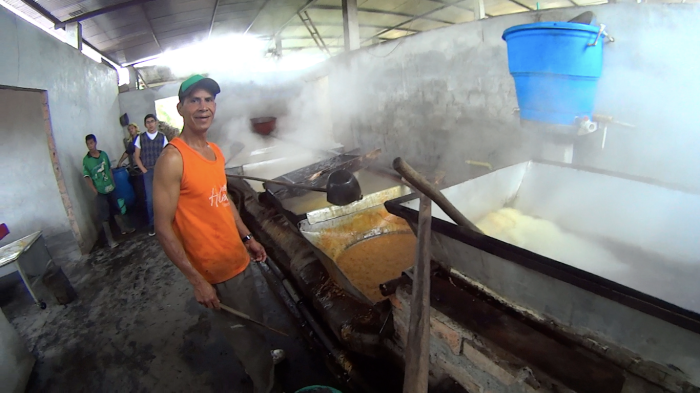 Panela factory – the main staple of the Colombian diet. Made by boiling sugar cane numerous times.

Professional cyclists from Colombia are sometimes laughed at for eating these bricks. Put cheese (try doble crema) into hot water that’s been mixed with panela it is absolutely delicious and gives you lots of energy…

Hiking to Laguna de Magdalena: I was about to leave when the owner of the camping area mentioned to me the possibility of a three to four day hike to Laguna de Magdalena (the source of Rio Magdalena, the river that runs length of the whole country).  It is situated high up in the páramo.  The idea of missing out on this spectacular landscape got to me when I was already 2 kilometers out of town.  I decided to turn round and do it.  Finding a few people to do it with, we headed off from San Agustin with enough provisions for 3 days for what turned out to be 5 days.  Luckiliy we were able to buy Guajada (some kind of basic cheese) and some other basic food to see us through.  A great hike but there was lots of water and mud.  A good percentage of the actual path was a small river and we were up to our knees in mud and water a significant part of the time. This hike would be better in the dry season.  It is known as Tierra del Agua for a reason!

Hiking to Laguna de Magdelena, the source of Rio Magdalena that runs relatively near to the border of Ecuador all the way to Barranquilla on the Northern Coast of Colombia – i.e. virtually the entire country.

Laguna Santiago. I had a better view of this lake though than Laguna Magdalena. The Mirador is at 3700 metres.

For the hike, take the pickup truck in town to Alto Quinchana (>1.5 hours) and start hiking up.  First day stay in the last house in San Antonio (4 hours at a reasonable pace).  Then one could hike to the mirador of Laguna Magdalena (>4 hours) and back in a long day or continue over and down to La Hoyola (basic food sold in the shop); the first casa on the right is a (very) cheap hospedaje next to the National Park of Puracé office.  2 day hike back to Alto Quichana, you can go via the laguna itself or the mirador as a slight deviation whilst up in the páramo.