For most of this section I continued to follow the most excellent Dammer / Cass Trans Ecuador route that I had been testing out (their final version is to be decided). Aside from the usual epic roller coaster ups and downs through canyons and paramo, it included a deviation from their route to fully explore an old abandoned Ecuadorian railway line that passes through a significant part of the country.  It ran from Quito to Cuenca and (as I understand) was damaged in a flood in 1993(?) caused by a landslide.  After that it was left unused and has been mostly swallowed up by nature, roads and people’s property but 20 years or so later remnants can still be found.

The train line was designed to be under a certain gradient, and so it winds endlessly up and down the steeper slopes.  I found myself inefficiently cycling in massive zig zags and it took probably 5 times longer than the main road; particularly after factoring in the mud, crawling and hauling my bike through vegetation, passing awkwardly through people’s back gardens and being slowed down by rather aggressive barking dogs. It was fun searching out the tracks even though I got a few strange looks.  It is likely that only parts of it will be in the final route since significant sections are unrideable due to landslides and overgrown vegetation.

This is how it went down (some months have passed since I actually did this, due to a separation from my laptop):

Heading up to the paramo after leaving Guamote

And then down again. I fell awkwardly a few seconds later trying to film and use my left break at the same time.  Somewhat painful! 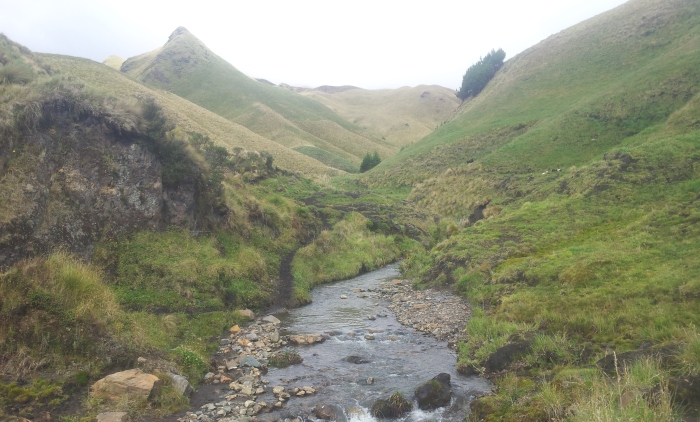 Yet another climb alongside an impressive canyon 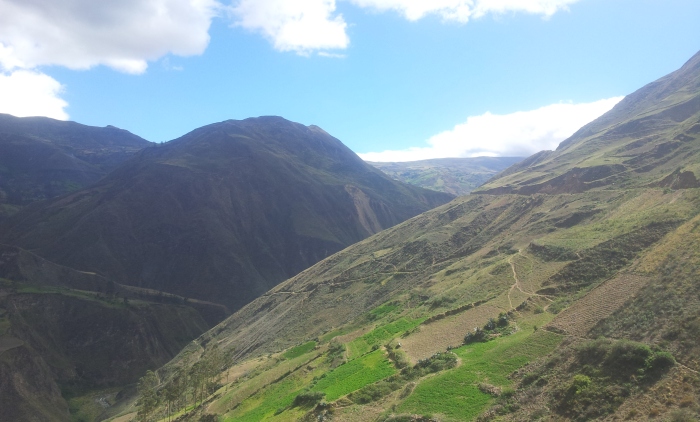 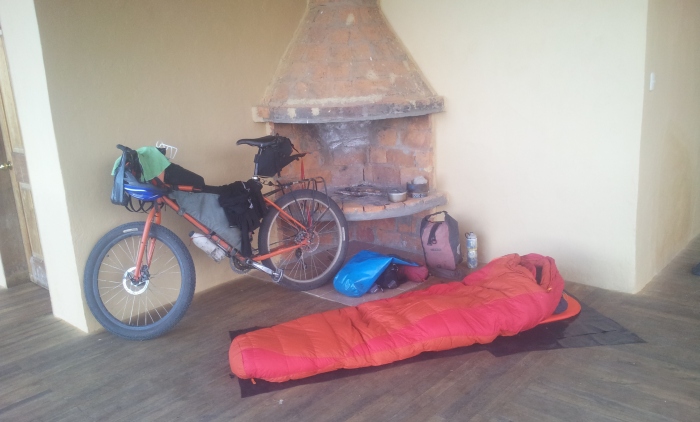 Sleeping on the balcony for $2 at a hostel in Sisid near the famous Ingapirca ruins. This wasn’t one of their most common requests.

Ingapirca ruins.  Ecuador’s equivalent to Machu Picchu, some say…  There is an old Inca trail from Achupallas to Ingapirca but I was warned it was not very rideable, instead I took the paved main road.   Could be worth hiking. 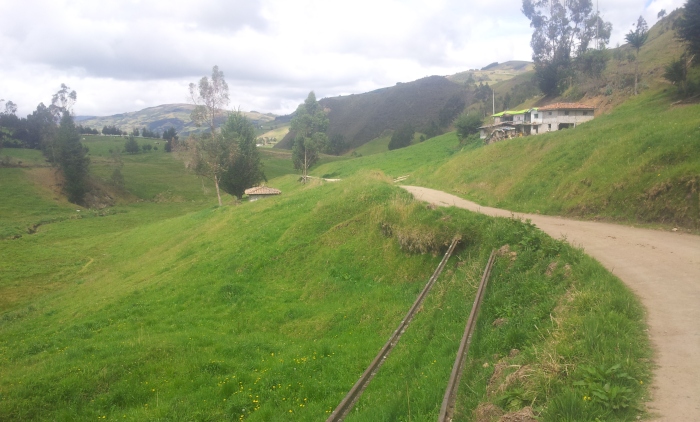 Some of it was hard to ride 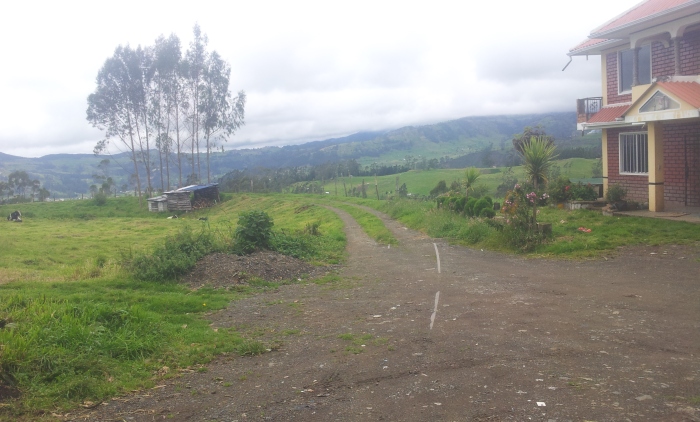 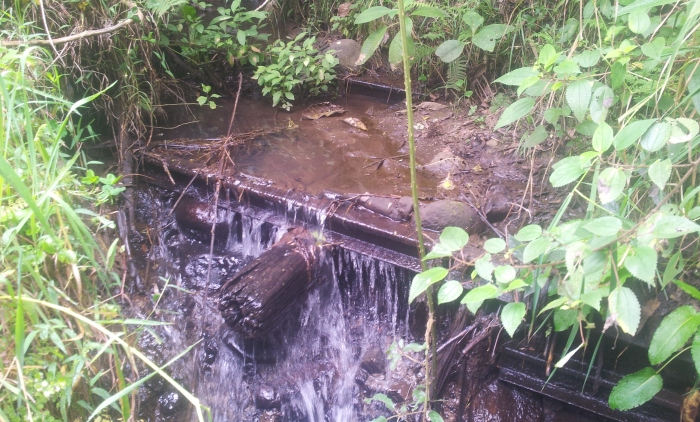 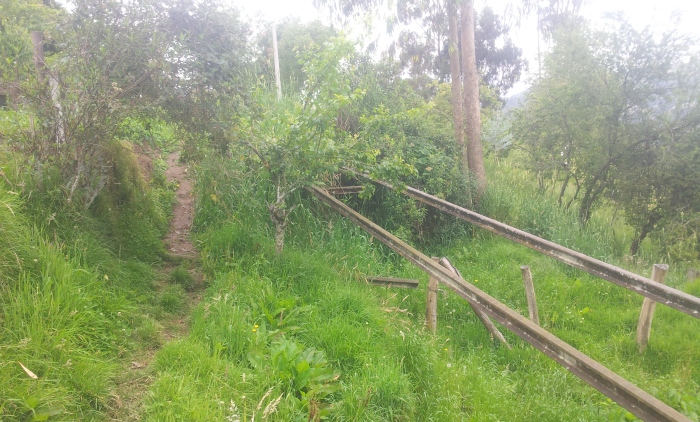 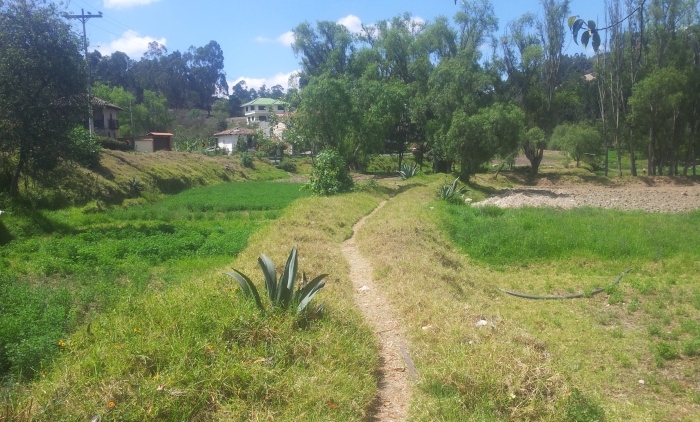 This particular section is unlikely to feature on the final TEMBR route!

Here the old railway line had mostly fallen into the river, it became too treacherous to follow

Eventually the railway route became impossible to follow on the outskirts of Cuenca as it passed into private property. But it then re-emerged near a nice bike path that follows the main river leading you into the centre of town.  It was here that I began to think about delaying the trip south knowing that, at my current rate, I would be cycling through Peru during the rainy season between January and April.  I focussed instead on climbing Ecuador’s highest peaks and visiting the touristy yet impressive Galapagos islands.

Links to the routes and waypoints to follow once finalised.  In the meantime, message me if you would like more info.